Peloton’s New York Studio implements new process for cycling classes for those who plan to attend in person. A member at a recent class said there was a rumor circulating that new changes have come into play. As a result of a “fight” broke out between fitness enthusiasts. Although our source isn’t sure if this was a physical or verbal altercation. Regardless, new guidelines have been put in place after the alleged “incident”. 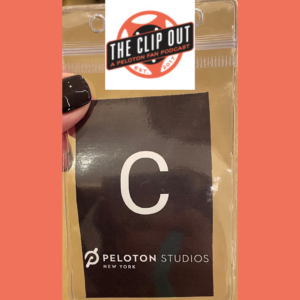 Moving forward when guests arrive, irrespective of who gets there first, they will be given a colored wristband and a letter card once checked in. Immediately prior to opening the studio, they will call out the name of the instructor’s class and the time. They will then allow group A to enter the class and settle before calling in groups B and C. (Similar to Southwest Airlines.)

According to our witness, “Apparently A is for milestones/birthdays, Bis for first-timers in the studio, and C is for everyone else.”

If you are interested in attending a live class you can read about Crystal’s experience and what to expect in one of our previous posts .  We also have tips on how to secure a spot in one of the classes.

At the time of publication, we are unsure when exactly these changes were put into place. However, it appears to have been sometime late last week or early this weekend. As our source was there for an in-person cycling class yesterday. We also are unsure if this will affect upcoming tread or yoga classes or remain exclusively for bike classes.

There is speculation that this incident happened because some may have been rushing to secure a premium bike. A premium bike is one that will be featured on screen, these bikes are to the left of the instructor. Those to the right of the instructor also have a chance to be seen on camera. However, it is less common.

The back of the class is the best place for those who are camera-shy and want to experience a Peloton course in person with their favorite instructor.

We’ve heard several reports of people grabbing the on-screen bikes even though they’ve already secured a premium bike multiple times in the past. In some cases during the same weekend! We wonder if the new boarding pass entry system is a consequence of those insisting on their 15-minutes of fame to the detriment of other members.