Peloton studio security breach! Last week a security breach was detected on Peloton’s streaming platform. The malfunction caused the cameras to transmit a 24hr livestream of inside the studios. This stream appears to have been available only on web-browsers, and not on Peloton devices. 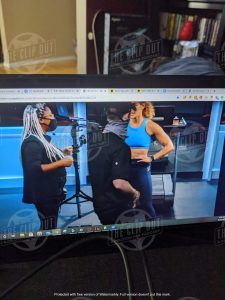 Jess Sims shown talking to members of the production crew.

Also, it appeared to have been accessible by making changes to the URLs of previous classes.

Those who stumbled across the Peloton studio security breach reported seeing: 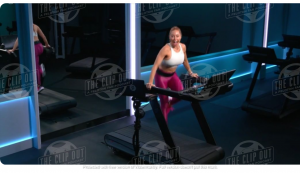 Jess King shown on the Tread.

This malfunction led to an unconfirmed rumor that Jess King would be adding Tread classes to her repertoire.  However, she currently serves exclusively as a bike instructor. She was recording what will apparently be her debut Tread class. 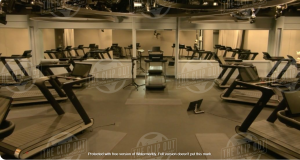 In addition to pre-class footage, people also saw a tech crew working in the studio. Additionally, all staff who weren’t “on-camera personalities” were wearing masks. They also appeared to be practicing social distancing. 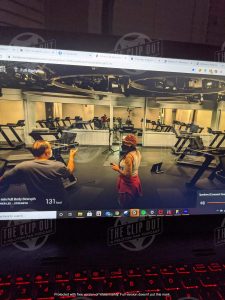 It’s believed that all 3 studio feeds were affected. However, only the Tread and Yoga studios have had photo-confirmation.

The Peloton studio security breach was corrected on Saturday, August 22, 2020.

Be sure to listen to episode 171 of The Clip Out to hear our discussion.

A darkened studio awaiting a new day.
Posted in Blog